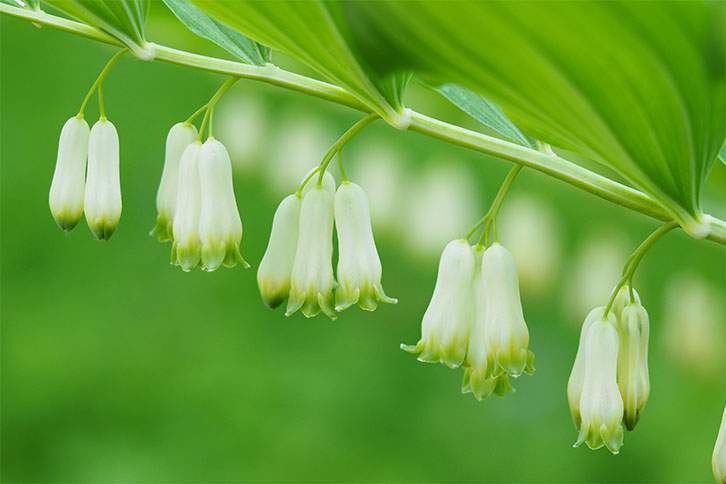 Although Solomon’s seal is a lesser-known herb in modern North America, it has a long history of use in Asia, North America, and in Europe. Fragrant Soloman’s seal rhizome is known as yù zhú, meaning Jade Bamboo in Traditional Chinese Medicine.

The fibrous rhizome of Fragrant Solomon’s seal is a crucial ingredient in traditional medicine practices across Asia. The dried rhizome of polygonati odorati rhizoma, is classified as a medicinal resource with top grade medical and edible properties in ancient medicinal plant records. 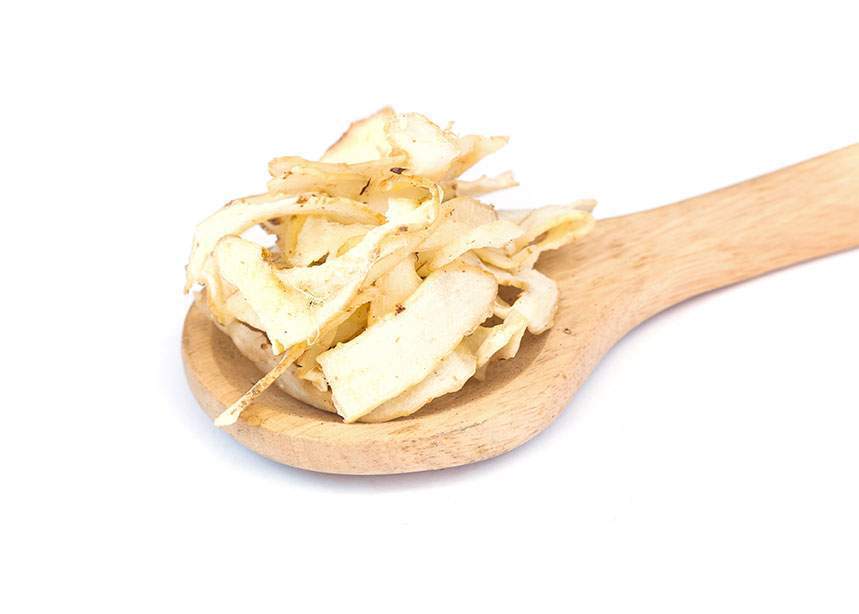 What is a Rhizome

The different parts of the plant have different names and uses in TCM. The rhizome of the plant is a stem that continuously grows in a horizontal pattern. Rhizomes are only a small part of the plant but because they are constantly growing underground, they contain high levels of important nutrients. The word polygonatum comes from the ancient Greek word for knee, inspired by the articulated rhizomes from which the plants grow

Where Soloman’s Seal Rhizome Comes From

Fragrant Solomon’s seal is a plant that can be found in the Northern Hemisphere across Asia and North America. It’s prominent in traditional Korean medicine where it’s known as dunggulle (둥굴레) and in Chinese Traditional Medicine known as yù zhú (玉竹).

Different subscpecies of Soloman’s seal were an important food source for Native Americans and early European settlers because of its starchy roots. It was used to make bread, soup, and teas in North America.

A tale from the Tang Dynasty period in ancient China told of a lady in watiting who escaped from the palace. She lived in the forest, eating only yù zhú for a long time before meeting her future husband, a hunter. The yù zhú made her skin smooth and beautiful. After many years she returned to her home village where the towns people were shocked to see that she looked the same at 60 years old as she did as a young woman.

Calming and Soothing for Nerves

Yù zhú is a key ingredient in traditional herbal formulas. Its balancing quality makes it especially helpful for ailments caused by modern living, like burn-out and overall inflammation in the body. It’s considered a sweet herb in traditional Chinese herbalism, making it ideal for detoxing and replenishing the life force or energy in the body known as qi. 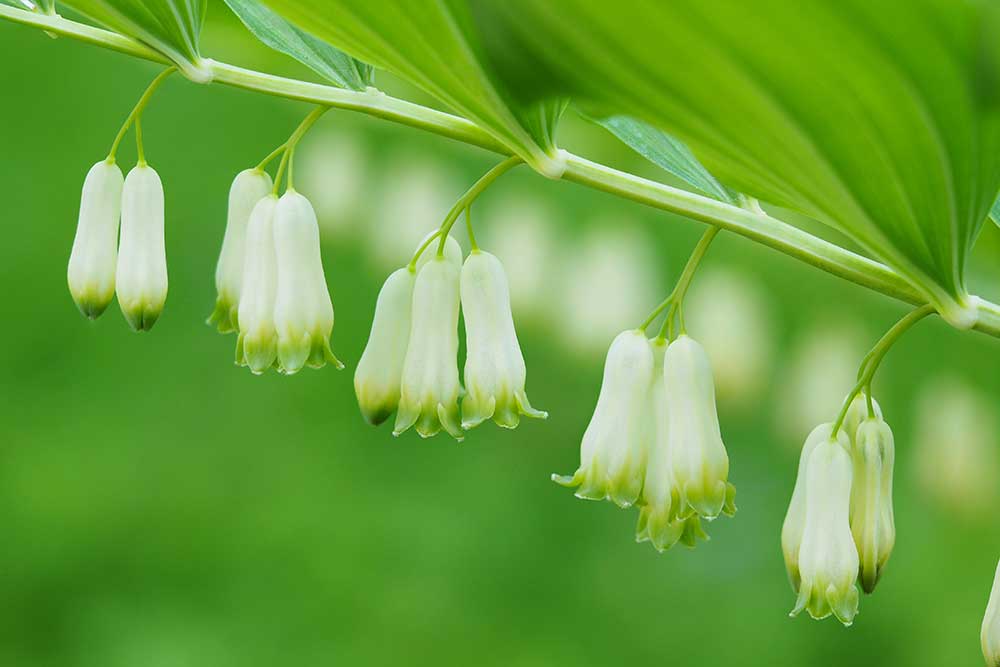 Yù Zhú as a Tonic Herb

In Traditional Chinese Medicine (TCM), angular Solomon’s seal roots are plants that are categorized as “tonic” herbs and are often used to fight yin deficiency. Tonic herbs are meant for longer term use because they can help keep the body in balance. All herbs in the tonic category can have overall health benefits, and some are better for specific systems of the body.

This herb is often used to support those with heart related illnesses, complications from unbalanced blood sugar, and other illnesses. Along with teas and tinctures, yù zhú is added nutritious soups and other food to support health.

Yù zhú is an excellent herb to support those with Yin deficiency along with healthy sleep habits. Yin deficiency happens when the body becomes too hot and there is a lack of bodily fluids. It manifests in many ways in the body, causing dry mouth, inflammation, and exhaustion.

Yù zhú acts as a yin nourishing herb, helping to lubricate the body and build blood health.  component of blood – the active component of the liquid. It releases heat and soothes inflammation in the body.

Western research of fragrant Solomon’s seal is limited but understanding of its benefits continues to grow in the scientific community. One study looked at the herbs benefits for metabolic syndrome, which is a group of health symptoms related to obesity. The herb is widely used in Asian countries to balance blood sugar and blood fat imbalances. It’s been a dependable ingredient in Asian health clinics for over 2000 years but there is very little in the way of modern research on the herb.

The study wanted to see how an extract of fragrant soloman’s seal could affect the health of rats on high fat diets with metabolic disorders like diabetes and high blood fat. While the extract showed no weight loss benefits for the animal subjects, it seemed to stop further weight gain. Glucose tolerance improved, and insulin resistance was improved in the animal models. While more research is needed for human application, the findings of the research indicate that fragrant Solomon’s seal could be a safe choice for preventing metabolic disorders.