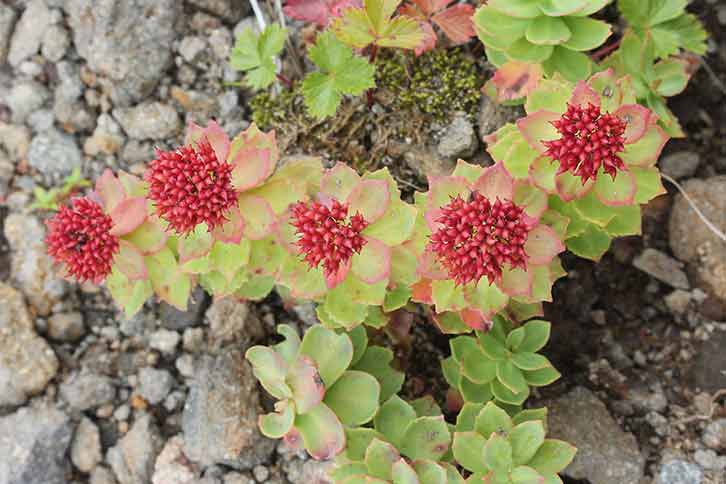 When plants grow in tough conditions, such as in areas of high altitude or rocky cliff sides, they must adapt in order to survive. One such plant from the cold Northern Hemisphere evolved to be so full of chemical compounds beneficial for human health, that it survived for thousands of years and spread across the world.

Known as “the golden root,” the plant is hardy and is native to the northern parts of the globe. Even when growing in the farthest northern reaches, Rhodiola has small yellow blooms and radiant green succulent-like leaves.

Rhodiola has many subspecies and it’s known by many names throughout the world. Some of the names include arctic root, golden root, Rosen root, and king’s crown. It has been used for centuries for energy support, stress reduction, mental health, physical endurance and more. 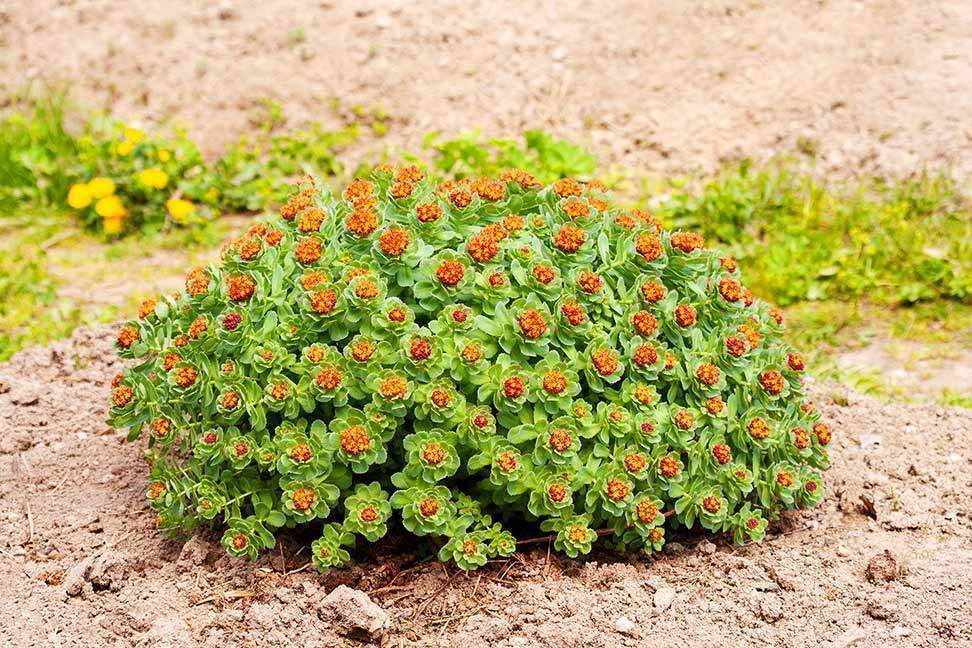 All across Asia, you can find examples of how important Rhodiola root was throughout the centuries.

The indigenous people of the Tibetan region had their own health practices, long before outside influences were able to find them. Later, aspects of traditional Chinese herbalism and Ayurvedic medicine, the traditional health system of India, also made their way into Tibet’s herbal practices. The practice of Sowa Rigpa, which is the Tibetan word for its system of medicine, goes back over 2,500 years.

Rhodiola’s Influence in the Himalayan Region

Rhodiola was one of the region’s native herbs. The same chemical compounds that helped the plant thrive in the harsh environment of the so called “roof of the world” were also beneficial to people inhabiting the area.

The earliest documented uses of rhodiola known in the world come from Sowa Rigpa medical texts in Tibet. There are several pharmacopeias including the Jing Zhu Materia Medica, Yue Wang’s Classical Medicinal, and The Four Medical Tantras, which all mention Rhodiola.

In Traditional Chinese Medicine, rhodiola is known as Hong Jing Tian (红景天). According to TCM, temperature plays an important role in the balance of our bodies. The balance of Qi, or life force of the body, is dependent on many factors and temperature is one of them. Rhodiola has cooling properties which can be helpful for those with too much heat (considered Yang Excess) in the body.

It’s considered a sweet herb in TCM, meaning that it has soothing and detoxification properties. It has “tonic” properties, meaning that it invigorates and restores. The organ that it’s most associated with is the Liver. The liver plays an important role in TCM, because it’s the main organ that regulates the flow of Qi in the body. 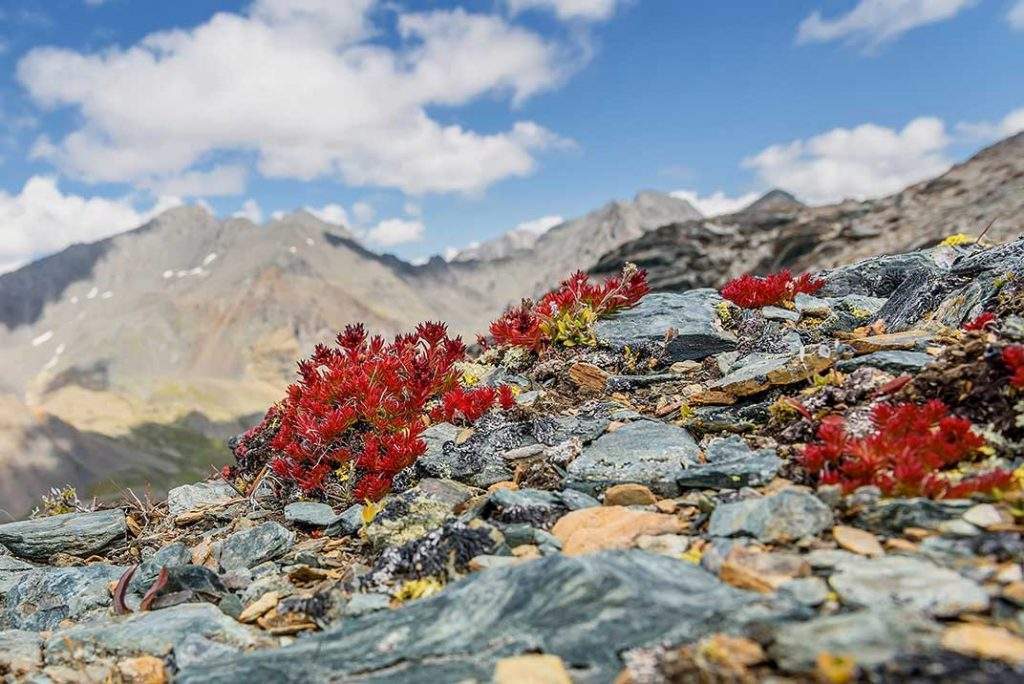 Like Tibet, Russia also has an interesting mix of influences when it comes to its traditional health practices. Being the bridge between Europe and Asia meant that the medical traditions of Russia have both Western and Eastern qualities.

Long before copies of Greek Herbal Medicine books made their way into Russia during the 10th century, Russia had its own form of traditional herbalism based on the herbs native to the region. In the 13th century, region was occupied by Mongolians and Tartars who also left their mark on its herbal traditions. Western European and Arabic traditions were even incorporated by the 16th century as Russia expanded.

With different species of Rhodiola native to Asia, it’s no surprise that this herb was one of the most cherished in the history of Russian medicine.

In the 1970’s, Russia conducted extensive experiments testing the energy boosting properties of Rhodiola and other adaptogenic plants. The goal was to find the best performance enhancing herbs specifically for their astronauts and Olympic athletes. The research was directed by the Russian government and was top-secret, so much so that scientists were under a strict gag-order.

In Siberia, Rhodiola was given as a gift to newlyweds to encourage fertility. Rhodiola tea is a staple of Siberia, thought to give those who consume it a long life.

Use of Rhodiola in Europe

Rhodiola started to appear in the medical of Europe literature in the 1720s. By then, was a well-known medicine in Greece, Russia, France, and Sweden. The Vikings used it to enhance endurance, both physically and mentally so that they could have the energy for pillaging and raiding when needed.

Greek physician Dioscorides also discussed the uses of Rhodiola root in his De Materia Medica around the first century CE, and Lennaeus wrote about it in 1749 in his Materia Medica.

The root of rhodiola is prepared in a number of ways as a tea, tincture, or in pill form. There are more than 140 compounds that have been isolated from Rhodiola.

Along with salidroside, rosavin is the other top compound in rhodiola root.  Most rhodiola supplements contain a 3:1 ratio of salidroside and rosavin. While it was previously thought that rosavin was the most active compound responsible for the bulk of the herb’s benefits, more recent studies have shown that salidroside does most of the heavy lifting when it comes to rhodiola root’s benefits.

Some of the other compounds include:

Rhodiola is primarily comprised of antioxidants which combined with the plant’s rich vitamin and nutrient content give the herb an adaptogenic quality. Adaptogens counteract the effects of stress in the body and mind. This can work by balancing the body’s needs, in some cases boosting energy and in other applications, supplying a soothing affect. Other popular adaptogens include turmeric, ashwagandha, ginseng, holy basil, and maca.

Tibetan and Chinese Research on Rhodiola

Many modern studies on rhodiola have come out of Lhasa and the Tibet Institute of High-Altitude Biology. One area of focus is the herb’s adaptogenic qualities, specifically related to how to use rhodiola for altitude sickness. The institute created a special supplement made from rhodiola and another high altitude native, sea buckthorn (hippophae rhamnoides) that is used as a treatment for mountain sickness.

A review from the West China University of Medical Sciences looked at 90 previous reports and studies related to the different species of rhodiola found in China.

One of the top compounds found in the many species is salidroside, which is thought to be the reason rhodiola has anti-anxiety and anti-depressive affects.

One study looked at the effects of three top mood boosting herbs- rhodiola, Chinese skullcap, and lion’s mane mushroom, to popular anti-depressant medications. The goal was to help scientists better understand why some herbs have similar outcomes as anti-depressants, despite the fact that they operate in different ways in the brain.

The study was not meant to see if the herbs were a replacement for anti-depressant drugs. Instead, it focused on the biochemical processes involved with the reported mood boosting benefits of the herbs.

Rhodiola and the other herbs affected the biochemical events that are involved in psychiatric disorders. The study found the herbs worked to fight oxidative stress, support healthy inflammation, and even improve neurotransmitter function.

The neuroprotective effects of the herbs were due to the antioxidant effects, anti-inflammatory benefits, and the way the herbs protected mitochondrial function.

With its adaptogenic qualities, rhodiola is the perfect natural companion for balancing mood. Salidroside is thought to be the main compound that helps soothe stress and improve mood. One review looked a collection human and animal studies of Rhodiola and its effects on mood, specifically for depression. Salidroside was seen again and in the different studies reviewed. Overall, it seems that the likely methods that the compound affects mood is by its effects on neurotransmitters and neuroendocrine receptors.

Rhodiola is a well-known fatigue fighter which is likely due to its adaptogenic properties.

A study focusing on participants with chronic fatigue looked at the effects of rhodiola root extract over a two-month period. The response was overwhelmingly positive, with participants reporting improvements in energy, mood, and quality of life.

It found that the extract actually decreased the cortisol response to stress in the body in addition to increasing concentration.

Rhodiola is so popular around the world that herb adulteration is common. Adulteration occurs when an herb is either of poor quality, contaminated, or when a lookalike herb is passed off as a different species.

When purchasing a Rhodiola product, it’s important to confirm that the brand is transparent about its sourcing methods. Where the product comes from, where the company sources the herbs from, and what kind of certifications are all important, especially for herbs like Rhodiola which are not native to North America.

The National Institutes of Health recommends only purchasing products with a supplement facts label on the packaging. This will give you information on dosage, ingredients like flavorings, fillers, or preservatives.