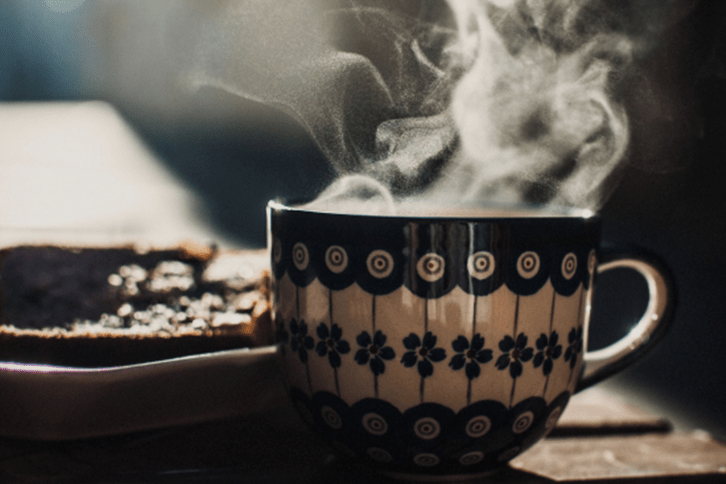 Brewing the perfect cup of tea may seem like a simple and straightforward task. However, there are many mistakes that can be made in the process of preparing a delicious and fragrant brew, some of which you may be unaware of. From temperature to steeping times, every aspect of tea preparation has specific methods backed by science. These tips will help you to craft the perfect tea, allowing you to take full advantage of the flavor and benefits that herbal blends have to offer.

A common misconception among many tea-drinkers is that simply bringing the water to a boil makes for a suitable steep. However, tea leaves are incredibly delicate, and scalding water can not only make your tea bitter, but less effective. Studies have shown that excessively hot water can destroy a component of your tea called catechins, which are beneficial antioxidants.

There is not a one-size-fits-all method for water heat, as each type of tea benefits from a differing temperature. While herbal teas benefit from fully boiling water, green and white teas are most effectively steeped at lower temperatures. Below is a guideline to help you determine which water temperature is suitable for your tea of choice. 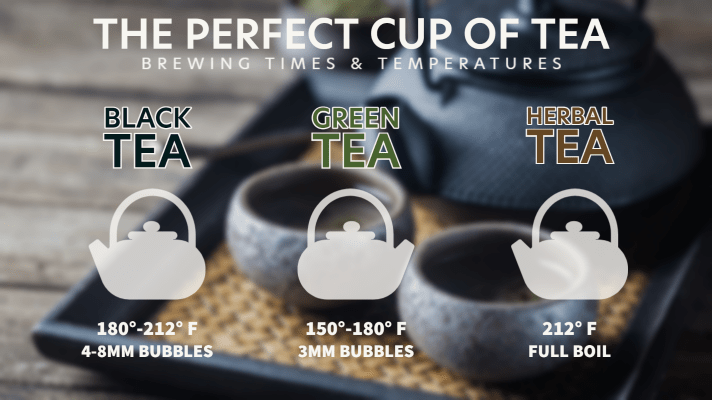 Another aspect of tea-making that often gets overlooked is the amount of time that the tea itself steeps. Many people have a tendency to leave the tea bag within their cup for the entire duration of their drinking experience. Steeping tea beyond the necessary amount of time is detrimental to the flavor and will make the tea bitter.

Choose your Preferred Type of Water

It may come as a surprise to some that the temperature of your water isn’t the only vital component of tea-making; the type of water used can also play a role in your beverage’s flavor and benefits.

Tests done at Cornell University found that green tea that was brewed using tap water produced a sweeter and more desirable flavor to test subjects. However, when the same tea was brewed with bottled water instead, it contained nearly double the amount of catechins and was overall a better option for those seeking to take advantage of the health benefits.

Interestingly enough, in the same study using black tea, the effects of the water remained similar in both taste and function regardless of which water was used.

A very common and popular choice of water for frequent tea drinkers is carbon-filtered water. These filters, which are often used in the form of faucet attachments or pitchers, work by filtering out undesirable solids whilst maintaining beneficial minerals.

It may seem hard to believe that there is also a method to steeping and adding ingredients to your tea beverages. Some tea-drinkers tend to dip their tea bags into a cup of boiling water. While it may still produce a satisfactory tea, it is more efficient to put the bag in first, followed by water. The pressure of the hot water forces out the flavors and nutrients, allowing for a more aromatic and enjoyable tea.

Additions such as honey or sugar should be added once the tea has completed steeping and the bag has been removed. In addition, it’s not recommended to squeeze the tea bag out into the water, unless a bitter flavor is what you prefer.

The Possibilities are Endless

Although there are many recommendations out there in terms of brewing a perfect beverage, the most important aspect of tea drinking is your enjoyment. Take the time to experiment with different methods in order to craft your ideal drink.