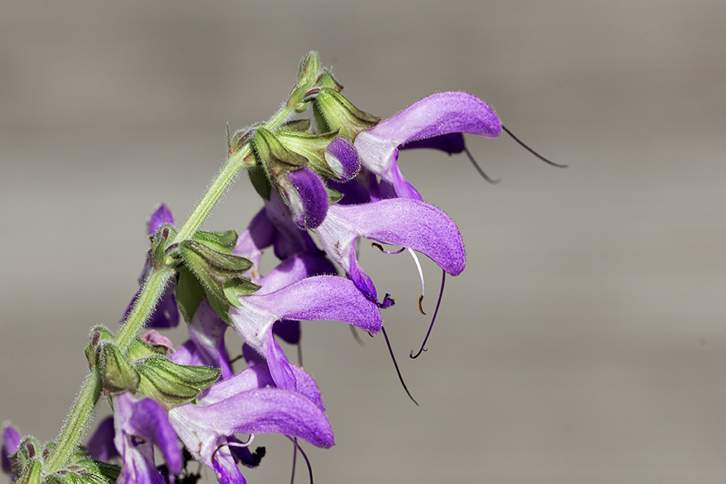 Red sage root has been used in Asia for over 2,000 years as a folk remedy. It’s native to China and Japan where it can be found growing on grassy hillsides and riverbanks.

The scientific name for this species is salvia miltiorrhiza, meaning “red ochre root”. Although it has delicate purple flowers, this species is named for its thick root system which has a bright red hue.

Red sage root has been a staple in many herbal traditions throughout history, but it got its start in China. In China, Red Sage Root is known as danshen and it’s one of the most widely used medicinal herbs.

One of the earliest recorded uses of the herb can be found in a text called “Shennong Materia Medica”, one of the oldest pharmacopeia or medical texts in China.

It shows that over 2,000 years ago, the herb was used for a number of ailments including gynecological diseases, heart health, and gastrointestinal diseases.

From China to Europe: How Red Sage Root Moved out of Asia

In the 1700’s, Jesuit Priest Pierre Nicolas d’Incarville introduced red sage to the Western World when he brought seeds of the plant from Beijing to Paris.

D’Incarville was an amateur botanist with great interest in the plants he encountered while on a missionary trip to China. He was the first Westerner to bring back red sage and a few other plants which eventually spread across the world.

Collectors of medicinal plants were responsible for bringing Red Sage Root to North America from Asia.

What are the Benefits of Drinking Red Sage Tea?

The most common use of red sage root tea is for heart health support. In fact, many human studies have been conducted in Asia focusing on patients with cardiovascular problems. In addition to heart health, red sage root is also thought to support liver health, and healthy blood sugar levels.

How to Make Red Sage Tea?

While Red Sage root is often made into tinctures or ground into powders, the most accessible form for most people is red sage root tea. To get the most benefit, the roots should be dried and then soaked in hot water to make a tea. Bravo’s Red Sage Root tea is made from herbs grown in their native habitat on the Tibetan Plateau. It’s Non-GMO Project Verified and organically grown.